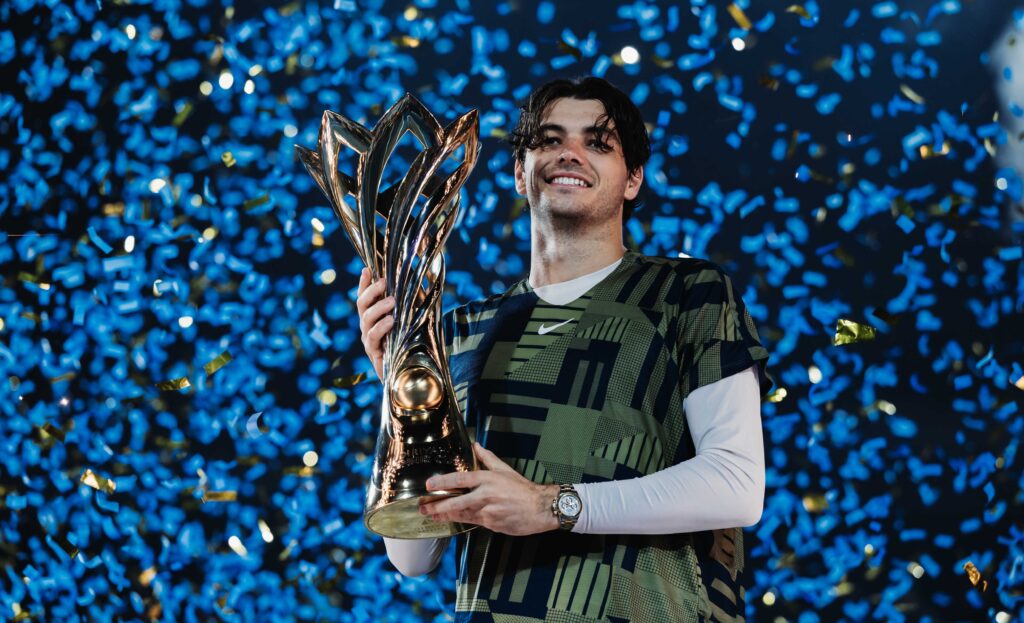 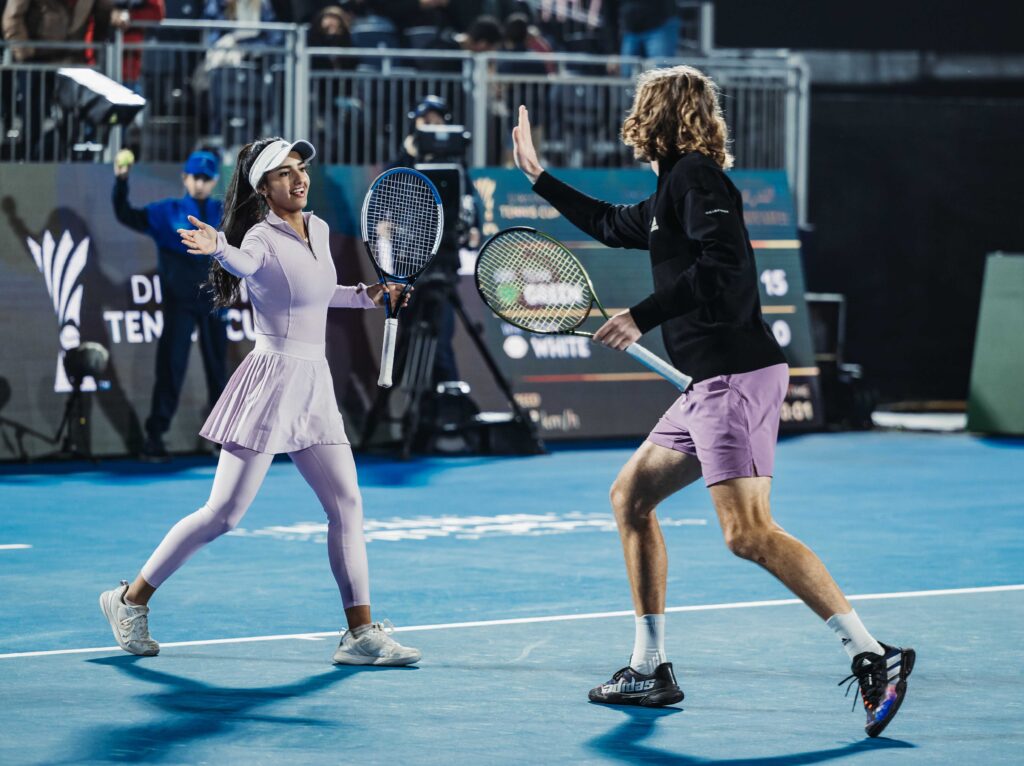 A perfect end of a memorable tournament! During the exhibition at finals day of the Diriyah Tennis Cup presented by Aramco, the best tennis players of the kingdom showed of what they are capable of. The sibblings Saud Alhogbani, Ammar Alhogbani und Yara Alhogbani, the first professional female tennis player, showed up together with Lara […] 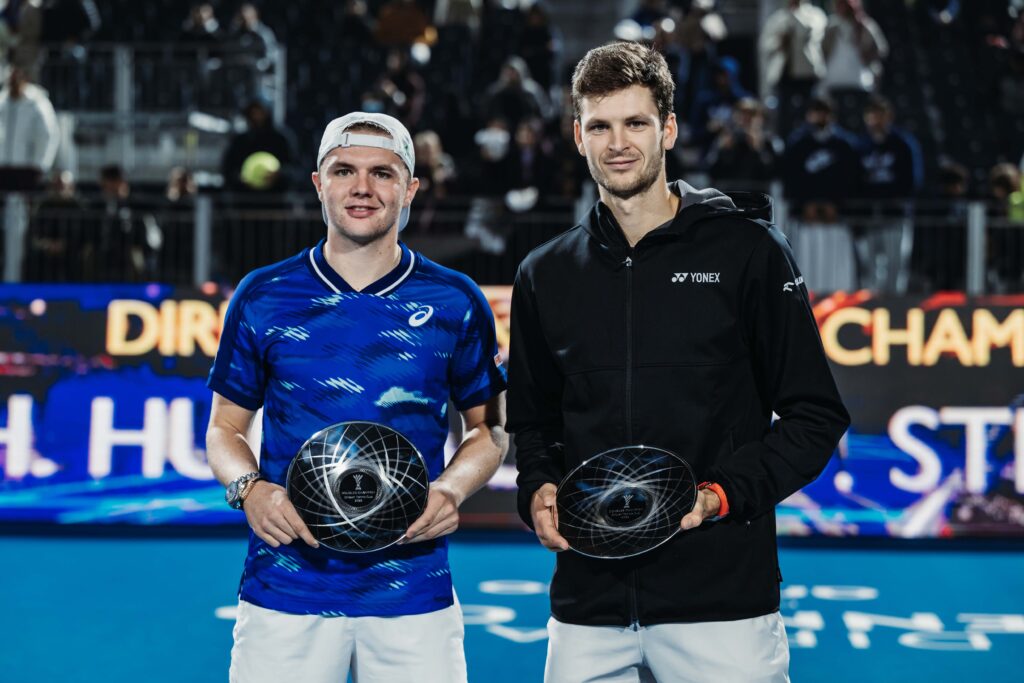 That is a historic day for tennis in Saudi Arabia! Dominic Stricker (Switzerland) and Hubert Hurkacz from Poland are the winners of the first professional doubles tournament in the kingdom. After their victory in the semis against Nick Kyrgios and Stefanos Tsitsipas, the pairing defeated Matteo Berrettini and Andrey Rublev in the final on Saturday […] 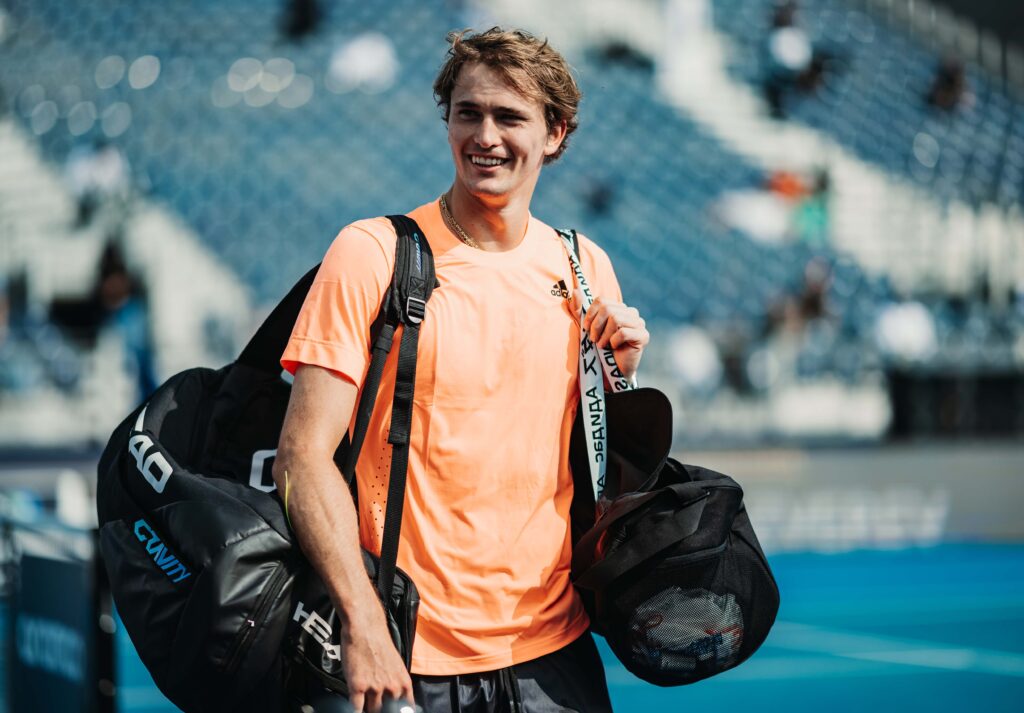 Fritz to meet Medvedev in the finals 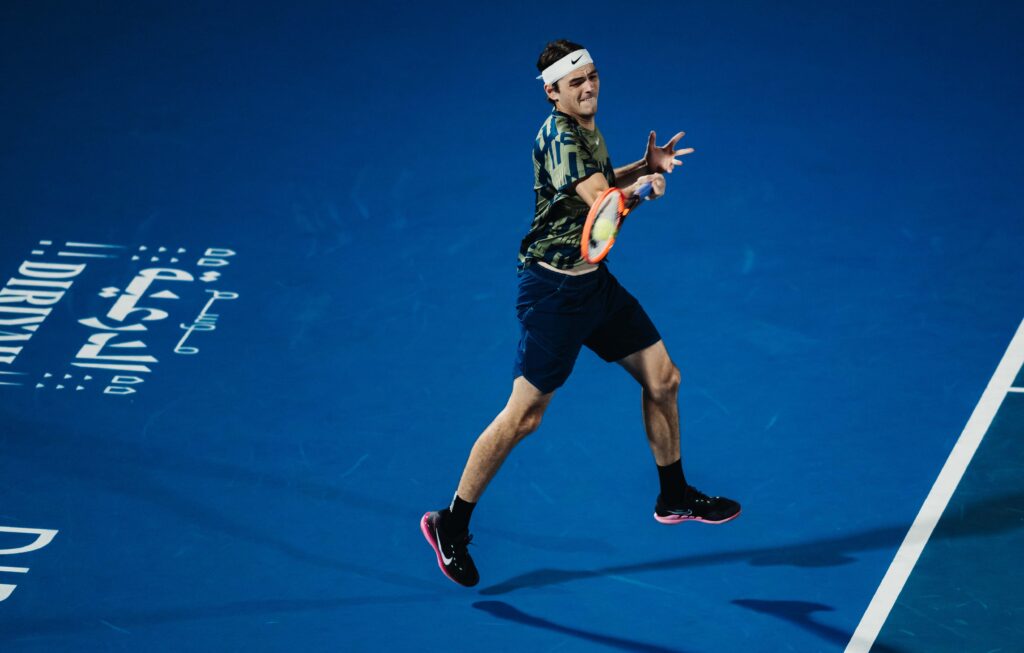 Defending champion Daniil Medvedev and world no. 10 Taylor Fritz will compete in tomorrow’s final at the Diriyah Tennis Cup presented by Aramco. The pair enjoyed semi-final wins over Stan Wawrinka and Cameron Norrie respectively earlier today at the Diriyah Arena and will now battle it out for the $1m winner’s prize money. In the […] 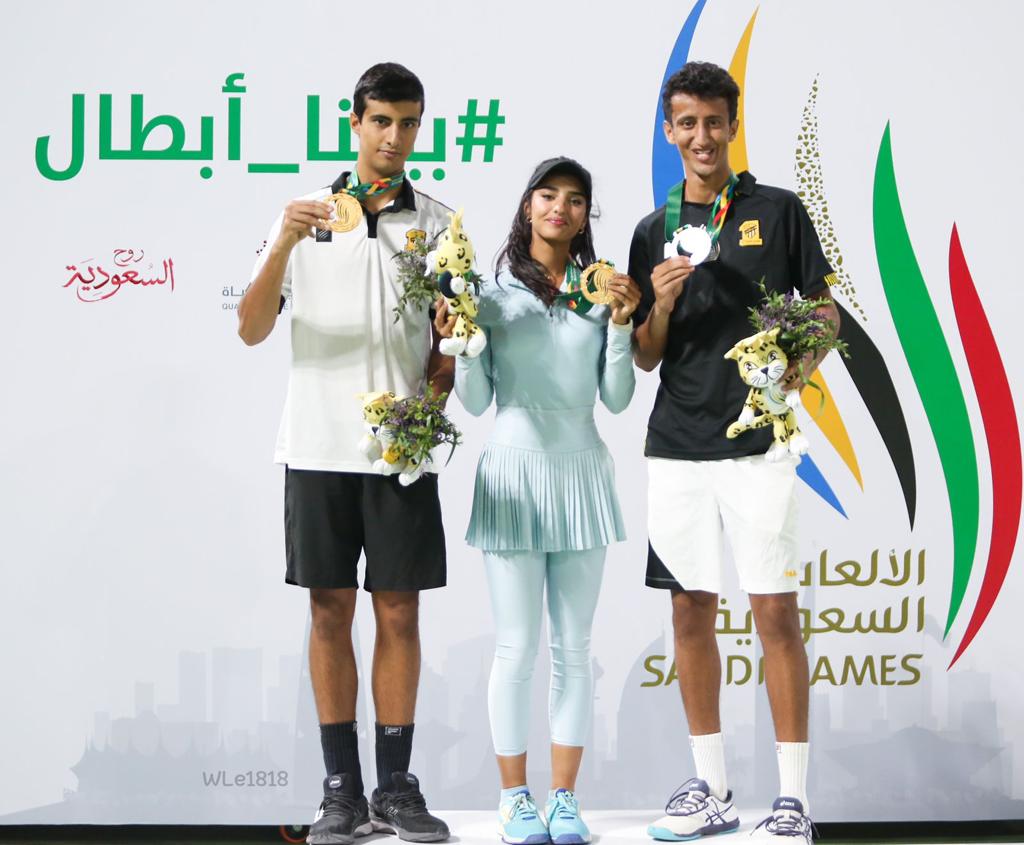 The Alhogbani siblings – Ammar, Saud, and Yara – reflect on having twelve of the best players globally in Saudi Arabia Saudi’s best female tennis player hopes to see WTA events in the future to inspire future generation of players Saudi exhibition match taking place at 6pm on Saturday at the Diriyah Tennis Cup Four […] 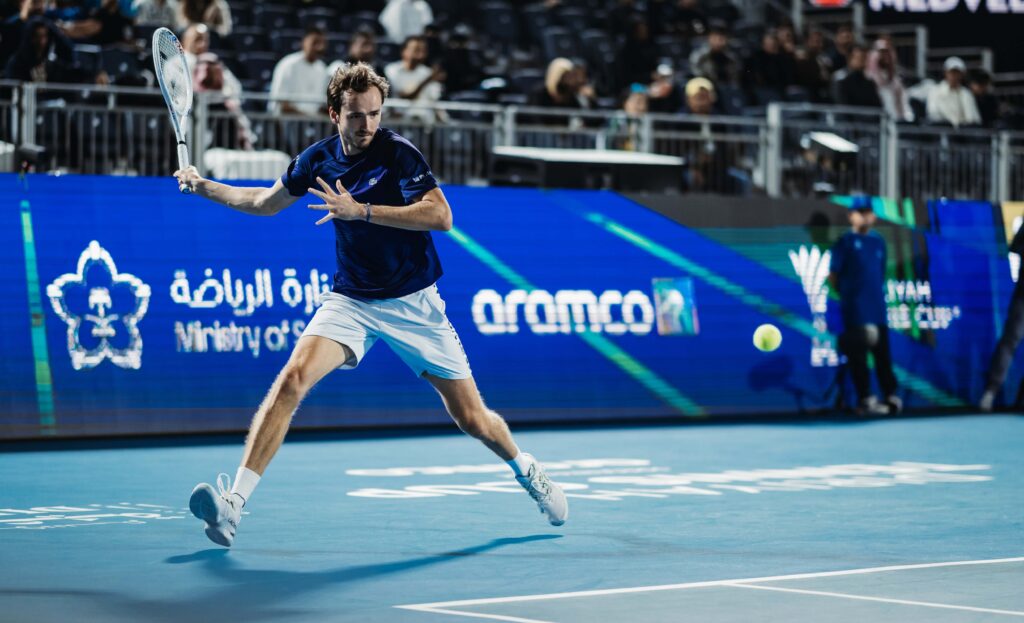 Defending Diriyah Tennis Cup champion Daniil Medvedev kicked off his title defence with a superb win over German star, Alexander Zverev. Medvedev, who has never lost in Saudi Arabia, completely dominated the first set with a 6-0 rout -despite a minor injury scare to his calf. The World Number Seven then proceeded to see out […]

Series of try-outs and training sessions with Judy Murray 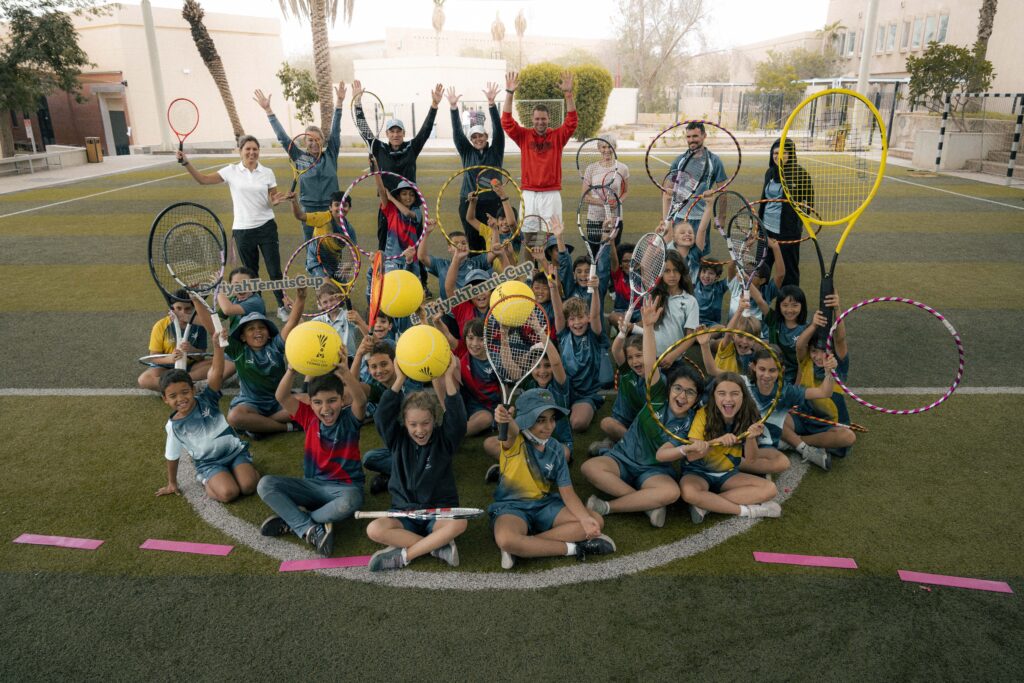 While the pros have a busy Centre Court schedule at the Diriyah Tennis Cup presented by Aramco this week, Judy Murray and Barbara Schett-Eagle have been at several schools to bring tennis to the young people of Saudi Arabia. Judy Murray has been at several try-outs in schools and universities, introducing many young sports enthusiasts […]

Draw unveiled for the Diriyah Tennis Cup presented by Aramco 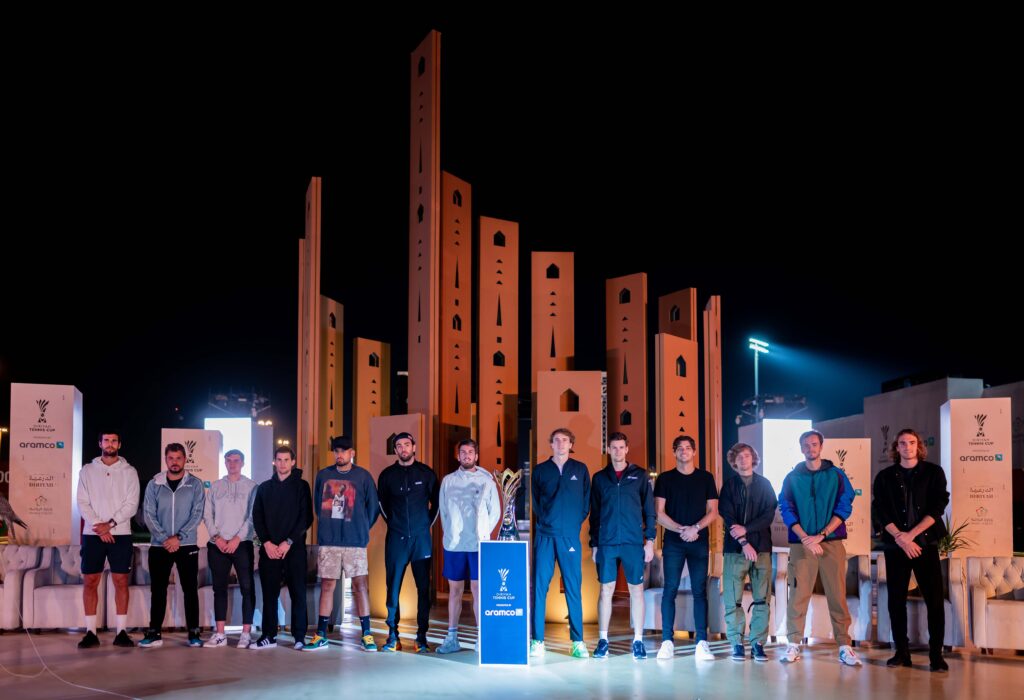 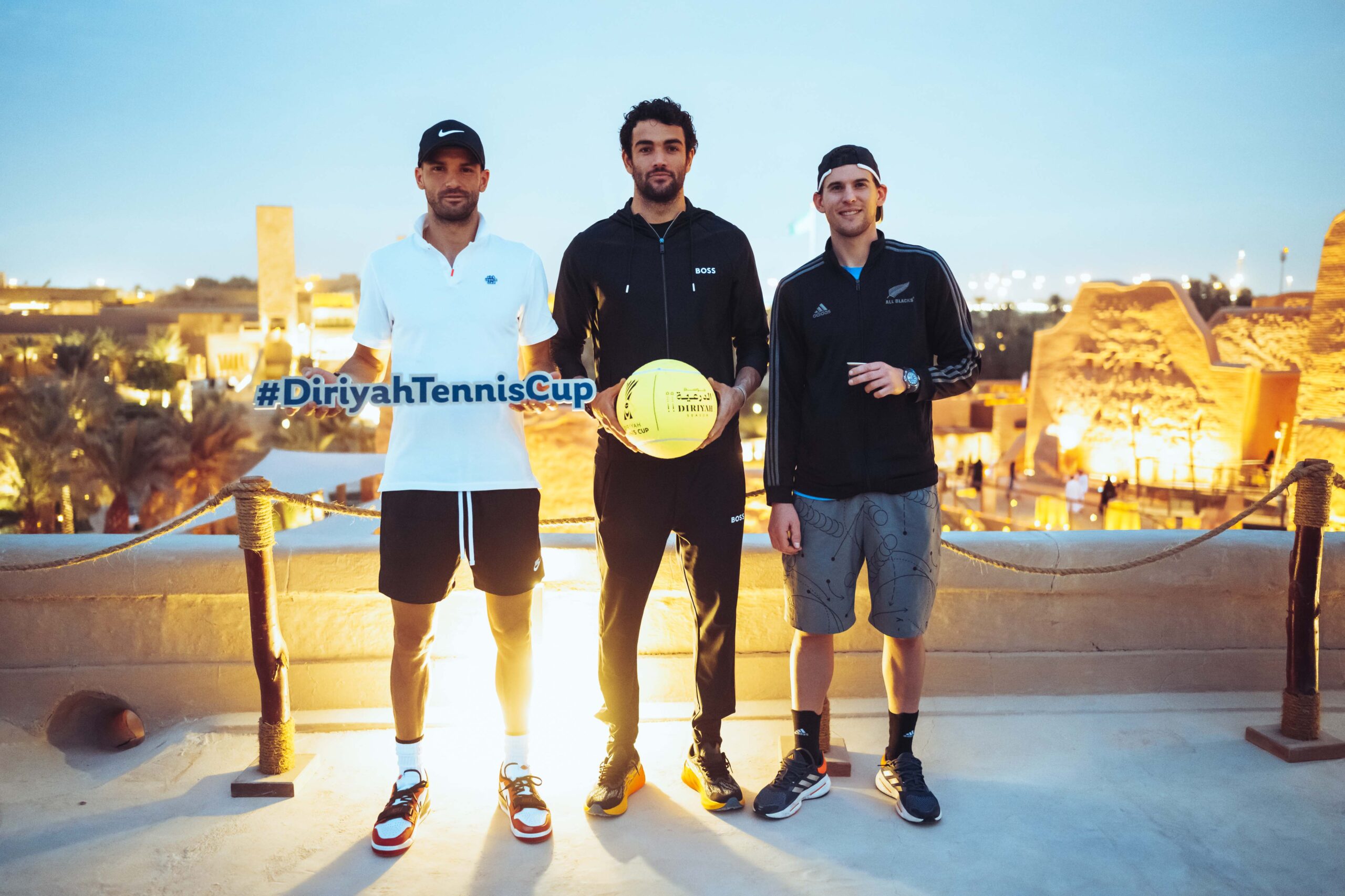 This was the first major highlight of the Diriyah Tennis Cup presented by Aramco! At the big „Players Night“ in the Aseel Resort, the stars of the tournament around defending champion Daniil Medvedev and the German Olympic champion Alexander Zverev experienced a relaxed evening together with their families, friends, and team members. They enjoyed local […]