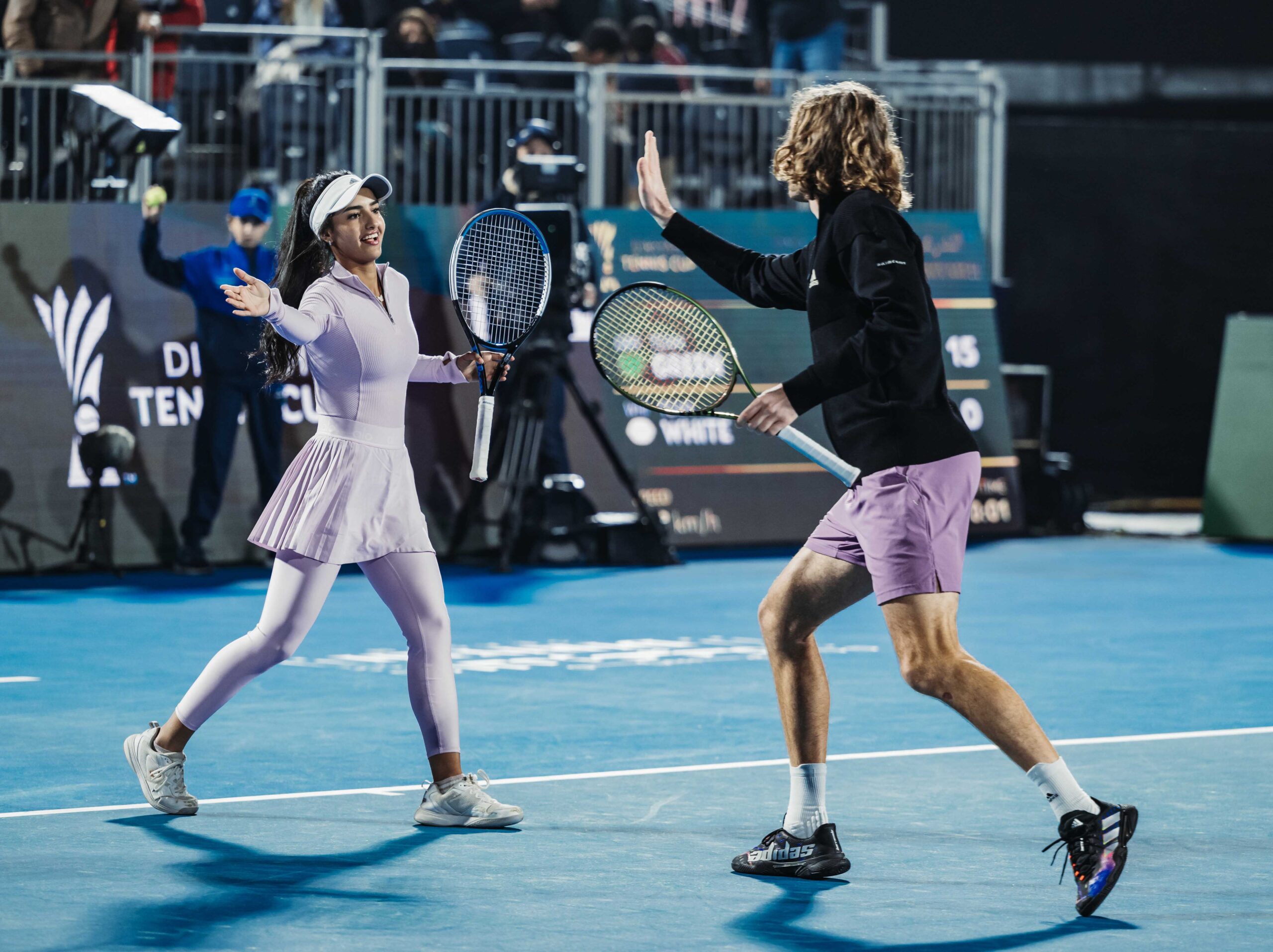 A perfect end of a memorable tournament! During the exhibition at finals day of the Diriyah Tennis Cup presented by Aramco, the best tennis players of the kingdom showed of what they are capable of. The sibblings Saud Alhogbani, Ammar Alhogbani und Yara Alhogbani, the first professional female tennis player, showed up together with Lara Bukhani, female finalist of the Saudi Games.

Barbara Schett-Eagle and Mats Wilander, who normally stand together as presenters for Eurosport, among other things, were each team bosses and competed against each other.

During the exhibition, a doubles match was played in which the teams were swapped after two points, so that different pairings competed against each other. Barbara Schett-Eagle’s team, with world-class player Stefanos Tsitsipas and Yara and Ammar Alhogbani at the top, won the tight and entertaining match 3:2.

Ammar Alhogbani resumed: “I think it was a great variety on court and it was nice to see everybody out there and I enjoyed a lot”. He added: “The exhibition was a lot of fun and entertainment, but I think, we learnt a lot from the top players in the last few days, how they train, what they do and how they spend their days.”

Yara Alhogbani: “Yes, I think Prince Abdulaziz and Princess Reema has been doing a great job in promoting female sports and I think we’ve been given more and more opportunities recently and I’m very thankful for this.”