Draw unveiled for the Diriyah Tennis Cup presented by Aramco 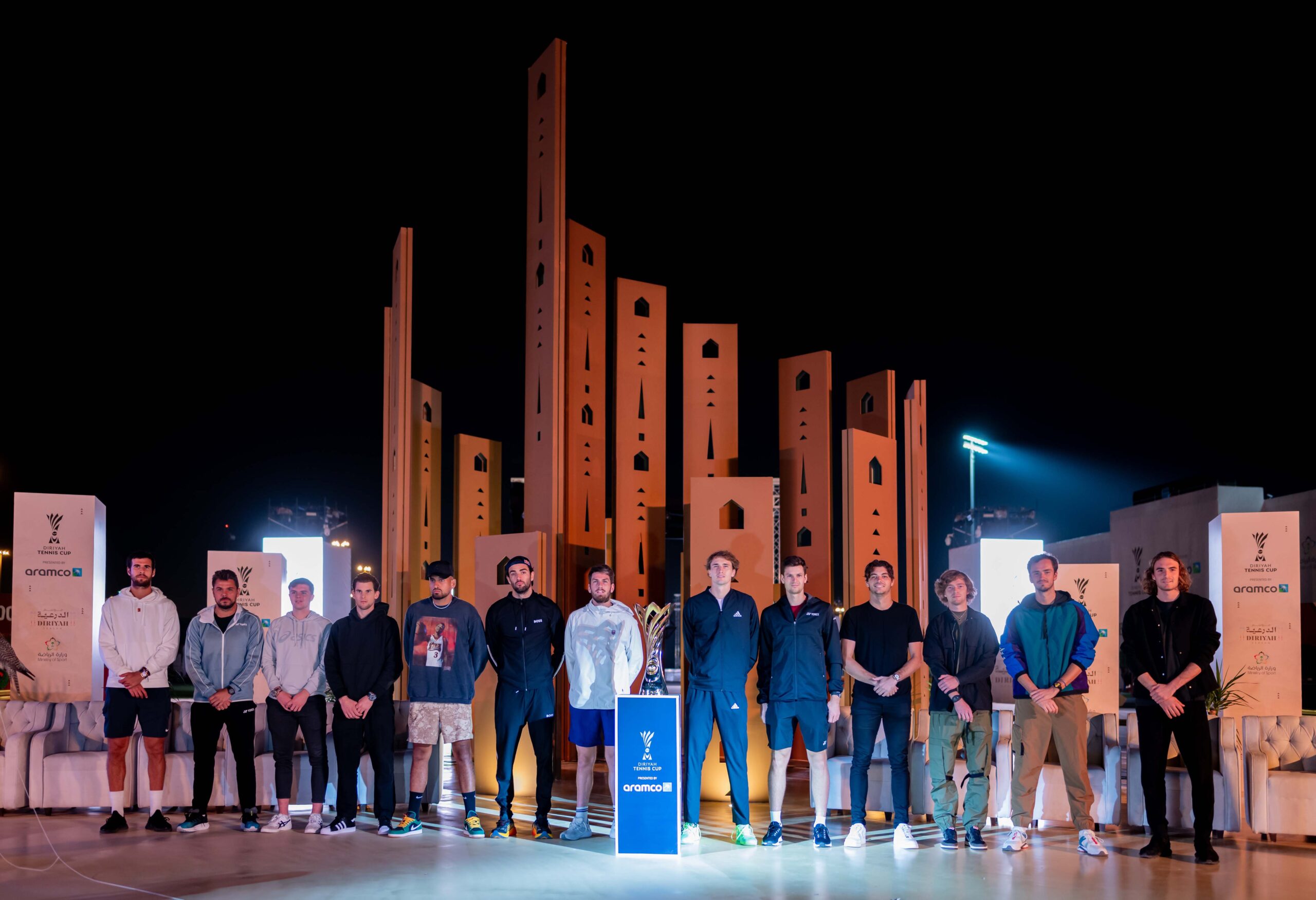 The Diriyah Tennis Cup returns to Saudi Arabia tomorrow with an array of global stars from the men’s game gearing up to kick start their 2023 season.

Five of the world’s top-10 players are in action across three days of action (December 8-10) for the Kingdom’s second ever professional tennis tournament – following the inaugural 2019 edition. Twelve players will all be on show tomorrow with the event set to be broadcast in over 150 global markets across the globe through Eurosport.

The 7,000 capacity purpose-built outdoor Diriyah Arena, next to the UNESCO World Heritage Site, will play host to three days of action that will include both singles and doubles tournaments.

The official tournament draw took place at a launch event in Diriyah today with the event’s top four seeded players, world No. 4 Stefanos Tsitsipas, world No. 7 Daniil Medvedev, world No. 8 Andrey Rublev, world No. 9 Taylor Fritz all receiving a bye. They will face the winners of the first-round matches in the quarter-finals.

Day 2 on Friday will also see an inaugural professional doubles event in Saudi Arabia featuring Thursday’s losers. The quarter-final winners will face each other in semi-final ties later in the evening. Saturday will see finals for both doubles and singles events.

Alexander Zverev makes an eagerly awaited comeback from injury tomorrow and is relishing a chance to share a court with the world’s best yet again after seven months off. The 25-year snapped multiple ligaments in the French Open semi-final against Rafael Nadal back in in June.

Zverev said: “It’s going to be nice to be on court with Dominic again, I’m looking forward to just being out there and be surrounded by the best players in the world, I’ve missed that over the last seven months so let’s see how it goes. It will be a high level tournament and I think everybody’s in form because they’re still either coming from Davis Cup or they just came from the ATP Finals and playing great tennis.

Tickets are now available for fans to witness the world’s best tennis players live in action in Diriyah. For more information and to purchase tickets, please visit www.diriyahtenniscup.com.