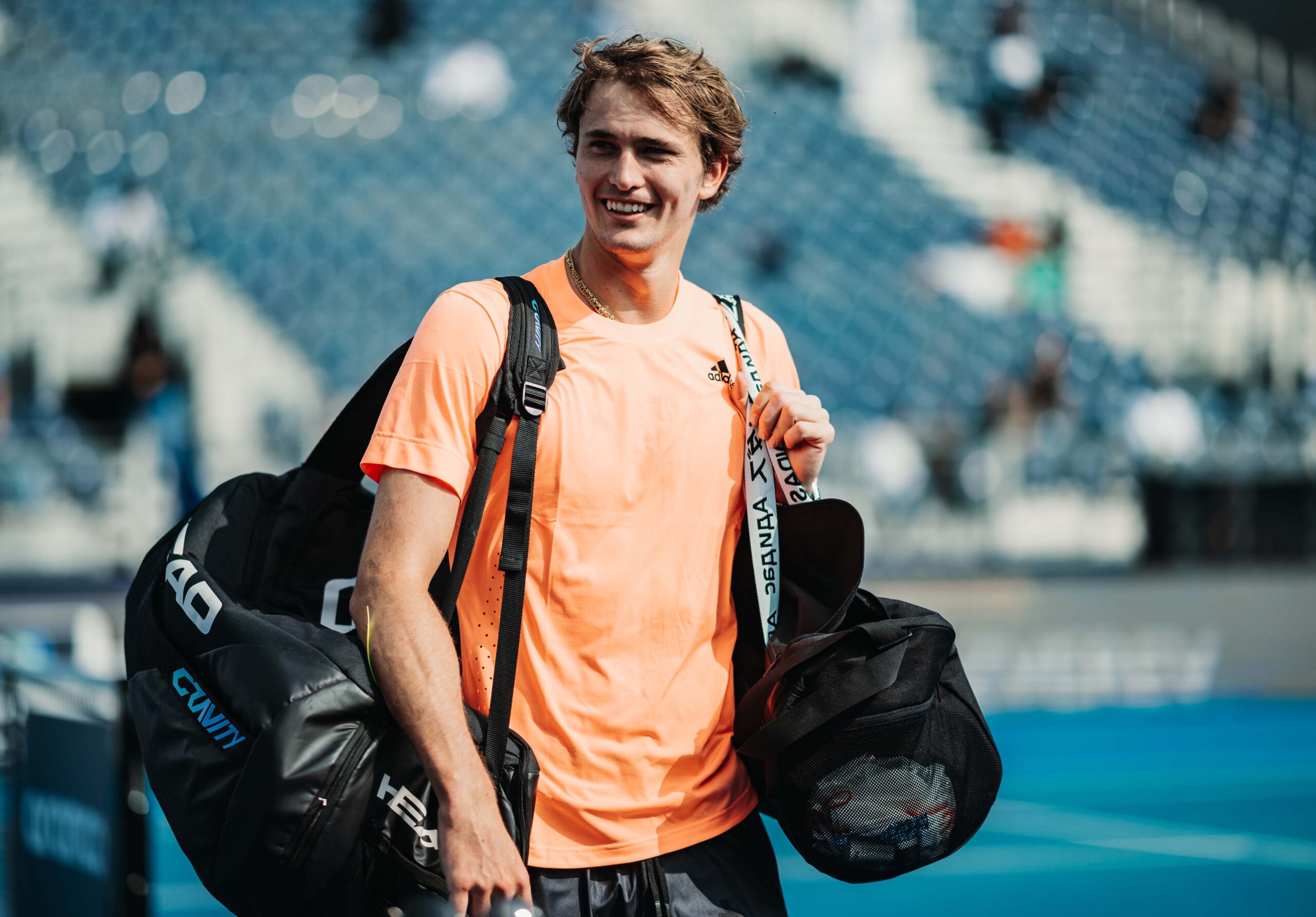 After seven months away from tennis, Olympic Champion Alexander Zverev is pleased with how he fared physically in his first competitive outing at the Diriyah Tennis Cup presented by Aramco.

During the first day of the three-day tournament, the German earned a win over his best friend on tour Dominic Thiem in the super tiebreak format (10-8, 10-7) before ending the day with a straight sets loss to defending champion Daniil Medvedev (0-6, 4-6). This was the 25-year-old’s first competitive outing following his season-ending injury during this year’s Roland Garros semi-finals battle with Rafael Nadal in June.

On his performance, Zverev said: “I’m happy to have played two matches yesterday. I was happy to be able to compete at this level and play with Daniil. Of course, the first set wasn’t great, but that was to be expected. But then I was happy with the level and also how I was moving in the second set. It shows that I am on the right path. I know there’s still a long way to go.”

Zverev then paired up with Thiem to compete in the inaugural doubles format of the Diriyah Tennis Cup. Despite losing in straight sets to Andrey Rublev and Matteo Berrettini, the German was relieved and happy to be back on court alongside a close friend.

“It’s always fun to be sharing the court. It’s different being on a singles court. We’ve played a lot of singles matches, so it’s nice to share the court for doubles for a change.”

The German star enjoyed a great reception from the Saudi crowd especially when he was down in his match against Medvedev.

Overall, Zverev enjoyed a “positive trip” to Saudi Arabia on and off the court.

“It’s quite a historic country, and there’s a lot of things to see. The things that I have seen in the country were quite fascinating and special. So in general, it was a good trip. It was a very positive trip for me as well. Sports wise as well because it showed me the level I’m on, and it showed me my foot is healthy enough to compete with those guys. But it also showed me that I have a lot of work ahead of me. Generally, I’m happy with how it went. I’m happy to move forward and look to what’s ahead.”