World Class Tennis in Saudi Arabia: The Diriyah Tennis Cup is back! 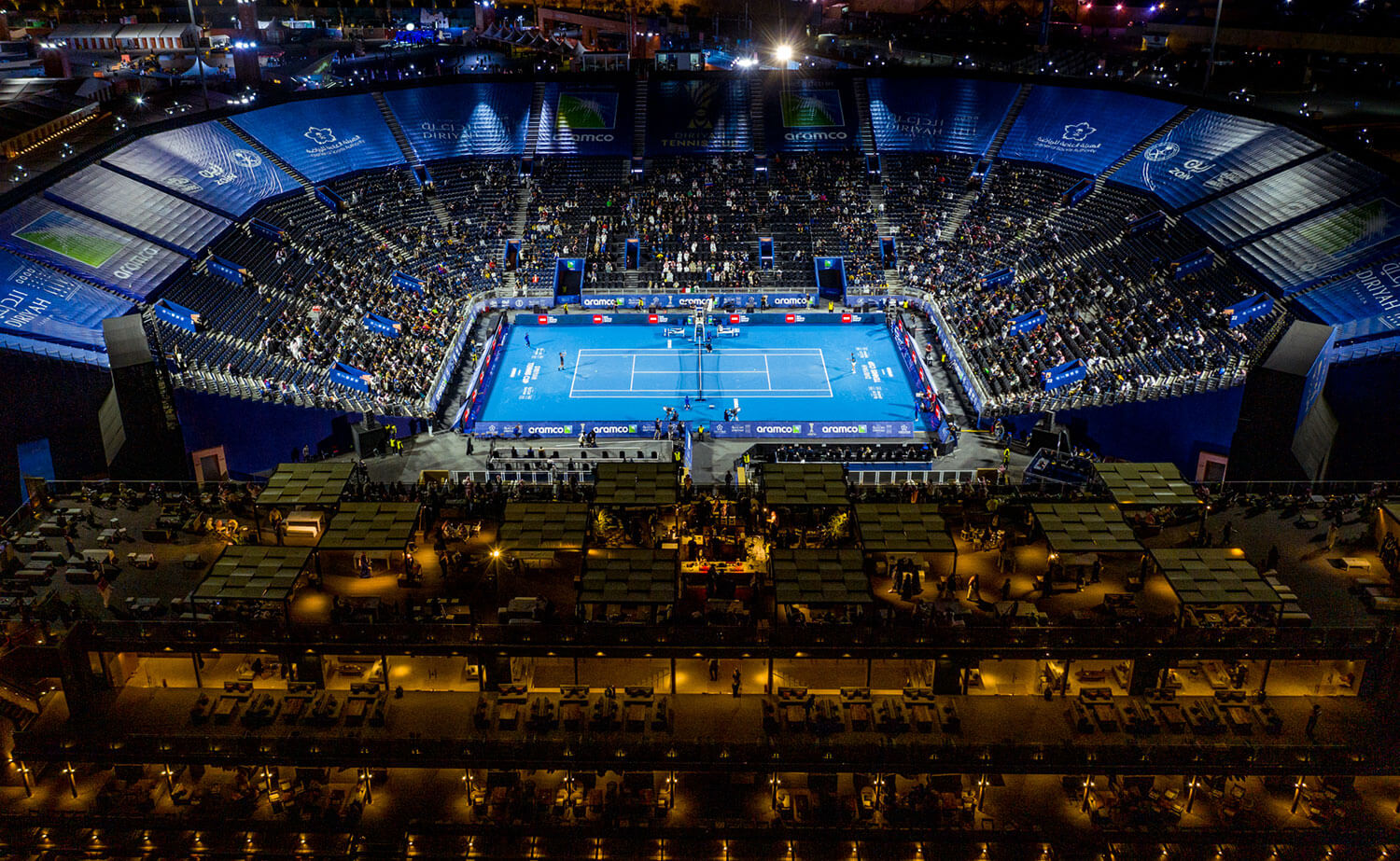 Finally! After three years, the Diriyah Tennis Cup returns. As part of the Diriyah Season, twelve of the best players in the world will once again serve at the memorable site at the UNESCO world heritage and aim to thrill numerous fans in Saudi Arabia once again this year. Olympic gold medalist Alexander Zverev from Germany and defending champion Daniil Medvedev are the first two players, to confirm their participation in the tournament.

The first edition in 2019 was already historic, but from December 8-10, 2022, the level will be raised again: The tournament will occur on three days and twelve players will compete.

The first four seeded players will receive a bye in the first round. The first-round matches and the subsequent quarterfinal matches will be played collectively on the first day of the tournament, Thursday, December 8. That means there will be a full load of eight matches and every player will already be on the court on day one! However, this is not enough, and compared to 2019, another step forward will be taken: it won’t only be a singles tournament, but there will be a doubles tournament as well.

It will be the first time that doubles will be presented at a professional tournament in Saudi Arabia! The defeated of the first day will start their own doubles tournament on Friday and still have a chance to win the Diriyah Tennis Cup in doubles. In addition, the singles semifinals will take place on Friday. On Saturday, December 10, the singles final and the doubles final are on schedule.

Saudi Arabian sports minister, HRH Prince Abdulaziz bin Turki Al Faisal said: “We are extremely pleased to welcome world-class tennis back to the Kingdom of Saudi Arabia. The 2019 edition was a massive success and welcomed thousands of passionate fans from across the country and region. The great sport of tennis boasts a strong fan base and participation numbers amongst our men, women, boys and girls in all corners of the Kingdom.”

HRH added: “As a global home for world sports, it brings us great pride to add an event featuring some of the world’s biggest stars to our existing roster of year-round events. We welcome the world to Saudi Arabia and look forward to witnessing a high level of competitive action in what is promised to be an enjoyable evening of tennis under the lights of the historic city of Diriyah.”

Peter-Michael Reichel, Co-Chairman of BSG Sports Group, the tournament organizer, said: “We are very happy to be part of the Diriyah Season again! The tournament will be upgraded this year and we expect that especially the doubles tournament will be a highlight for the home fans. Also, the field of players will experience another upgrade. With Daniil Medvedev, the winner of 2019, and Alexander Zverev, the Olympic champion of 2021, we already have two top players with us. Medvedev’s return to Saudi Arabia shows how successful the first edition of the tournament was and how well tennis and Saudi Arabia fit together.”

The Diriyah Season is a 4 month-long celebration of sport, entertainment and culture being held on the outskirts of Riyadh. The Diriyah Tennis Cup is taking place at the Diriyah Arena being purpose built at the ancient site of the Kingdom’s first capital, known as the home of kings and heroes. Follow Diriyah Season’s news and announcements on the official social media pages on twitter and Instagram @diriyahseason. Web: www.diriyahseason.sa