Welcome back, “Stan the Man”! 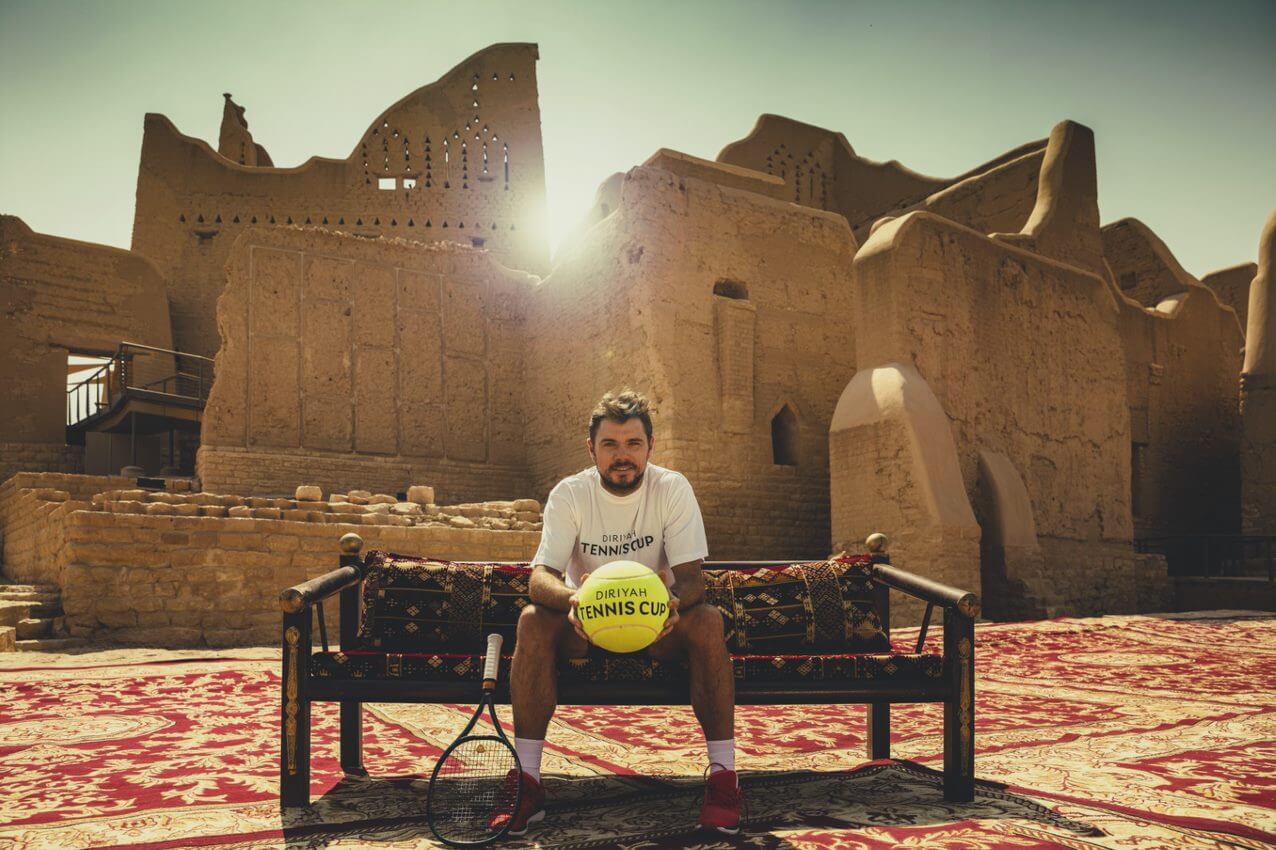 He was one of the most popular players during the inaugural Diriyah Tennis Cup 2019. Three years later, Stan Wawrinka from Switzerland will return to Saudi Arabia to delight the fans again at the Diriyah Tennis Cup from December 8-10, 2022.

“Stan the Man” is one of the most complete players in tennis – and a real fan favorite! The 37-year-old has now been on the ATP Tour for around 20 years, thrilling spectators around the world. Wawrinka is a three-time Grand Slam champion and also won a gold medal in doubles alongside Roger Federer at the 2008 Summer Olympics. Furthermore, he has been ranked as high as number 3 in the world and has been a firm fixture in the top rankings for many years.

In recent seasons, however, Wawrinka has struggled with injuries and most recently fought his way back after two operations last year. Now he is finding his form again: In Basel he defeated world number 2 Casper Ruud in straight sets. In December he will compete at the Diriyah Tennis Cup for the second time. Alongside Daniil Medvedev and Gael Monfils, he is the third player to return to the tournament.

Stan Wawrinka said: “It was a fantastic atmosphere at the first edition of the Diriyah Tennis Cup in 2019. That’s why I ́m excited to be playing in front of the Saudi fans again this December. I’m sure they will enjoy world class tennis and an inspiring event.”

Wawrinka will join defending champion Daniil Medvedev, Olympic champion Alexander Zverev, Dominic Thiem and Gael Monfils in Saudi Arabia. From December 8-10, a total of 12 players will compete at the Diriyah Tennis Cup 2022, with total prize money of 3 million US dollars to play for. More players will be announced in the coming weeks and the advance ticket sale will start soon.