Live on Center Court at the Diriyah Tennis Cup: Barbara Schett-Eagle is back! 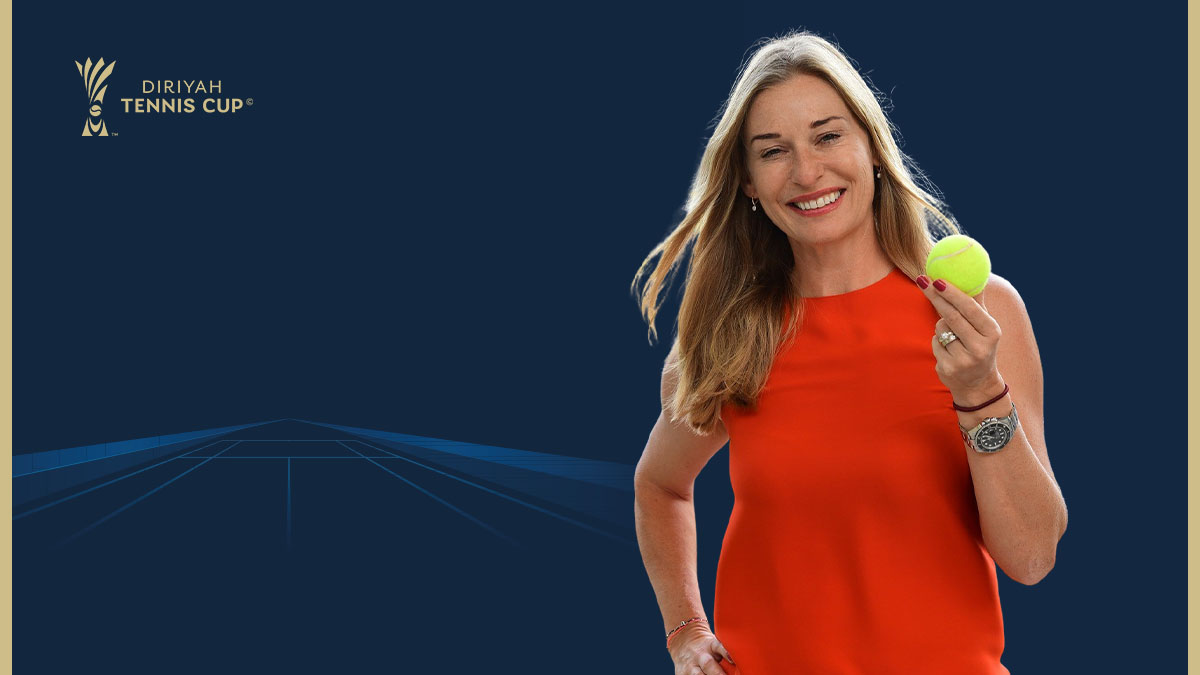 She has great memories from her first visit to the Diriyah Tennis Cup 2019! Now one of the most popular TV hosts in the world of sports is back in Saudi Arabia. Barbara Schett-Eagle from Austria will join the Diriyah Tennis Cup 2022 (December 8-10) to interview some of the world’s top tennis players on Center Court during the 3 million US dollar exhibition tournament.

At the first edition of the Diriyah Tennis Cup, Barbara Schett-Eagle was also in the spotlight as an interviewer of Stan Wawrinka, Fabio Fognini or the 2019 champion Daniil Medvedev – now she is back to offer her expertise at this year’s tournament. The 46-year-old brings an incredible amount of knowledge thanks to her own tennis career and is also a seasoned professional on the microphone. Just like our players, Barbara Schett-Eagle can hardly wait for the Diriyah Tennis Cup to begin: “I am happy to announce that I will be part of the tournament once again. Make sure you don’t miss out on this spectacular weekend of tennis.”

Barbara Schett-Eagle is a former Austrian tennis player. With a top world ranking of 7th in singles, she is Austria’s highest ever ranked female tennis player. In doubles, too, the native of Innsbruck was in the select company of the top 10. The end of her professional career also marked the start of an international professional TV career. She has long since made a name for herself as a presenter. Among other things, she has been a presenter and reporter for Eurosport, Europe’s No. 1 sports channel, since 2005, and reports live from the four Grand Slam tournaments in Melbourne, Paris, Wimbledon and New York.