Final countdown with Berrettini and Hurkacz 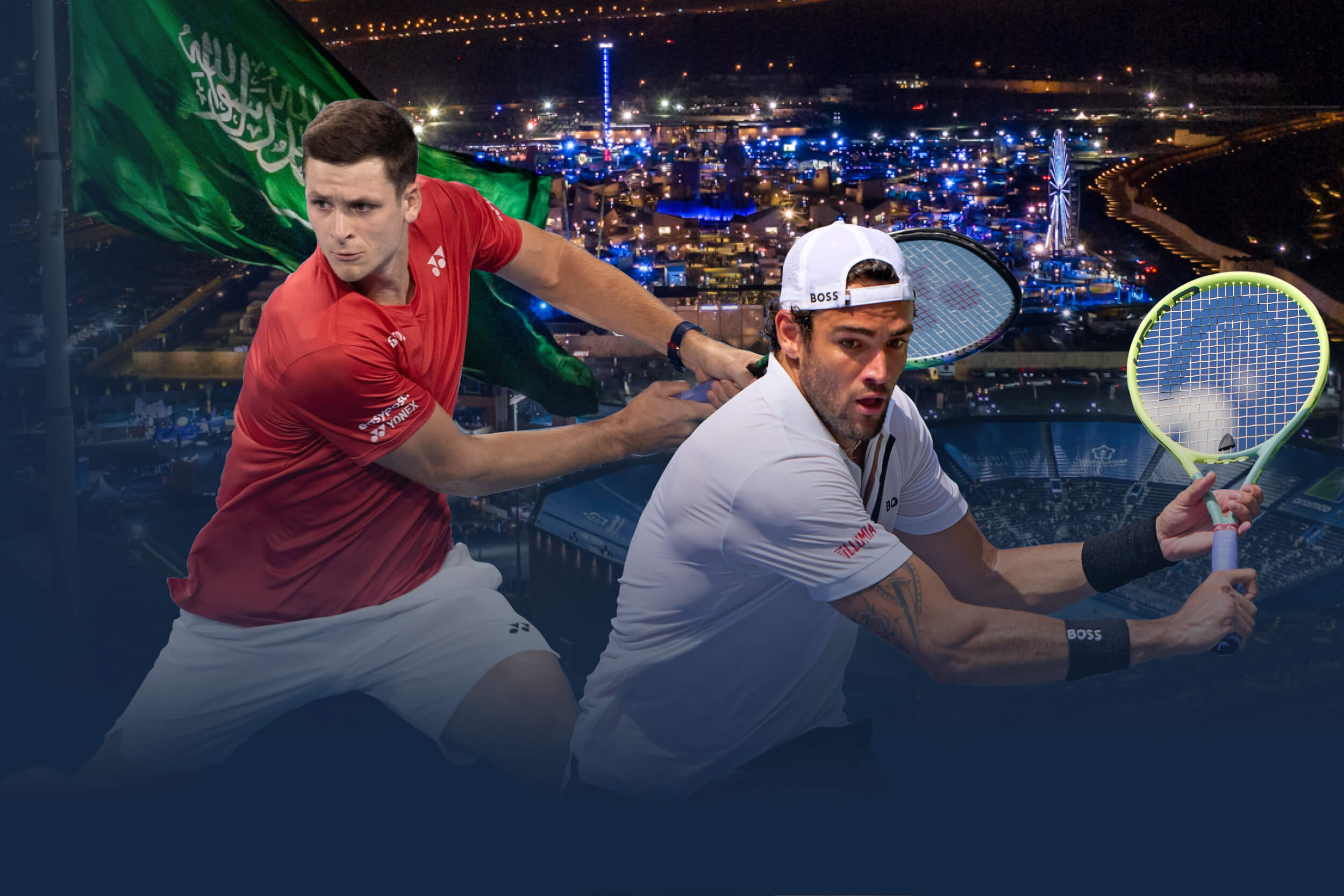 It’s the final countdown! Matteo Berrettini from Italy and Poland’s Hubert Hurkacz are the last two players to be announced on the entry list for the Diriyah Tennis Cup presented by Aramco (December 8-10, 2022).

Matteo Berrettini is one of the players who will compete at the Diriyah Tennis Cup presented by Aramco for the first time. “I´ve never been to Saudi Arabia, but I´m sure the atmosphere will be great and hopefully the tennis will inspire the local fans in particular the younger generation. After some challenges this year, I look forward to competing against a very strong player field to see where my level is before the start of the new season”, said the 26-year-old, who could be one of the most popular players during this year’s tournament. He has a big fan base in the Middle East, especially in Saudi Arabia.

The Italian was part of the Top 10 for a long time and reached his career high (ATP ranking: 6) after his semi-final at the Australian Open 2022. However, he subsequently missed the French Open due to injury and was unable to compete at Wimbledon due to a Covid infection. Last year, he was the first ever Italian to reach the final at Wimbledon. During the Diriyah Tennis Cup presented by Aramco, Berrettini wants to return to previous successes and lay the foundation for a successful 2023 season.

Hubert Hurkacz is the top Polish men’s player in history and has improved every year. The 25-year-old won his first 1000 Masters title last year in Miami and reached his first Grand Slam semi-final at Wimbledon. Aside from those tournaments, he often played at the top level in 2022 and finished the season as the 10th best player in the world. “It’s a great opportunity playing tournaments like the Diriyah Tennis Cup because you can give your best against some of the best players worldwide. It helps you to see things in your game you should improve during your off season and until January you have a bit of time to make adjustments”, said Hubert Hurkacz, explaining his commitment to the Diriyah Tennis Cup presented by Aramco.